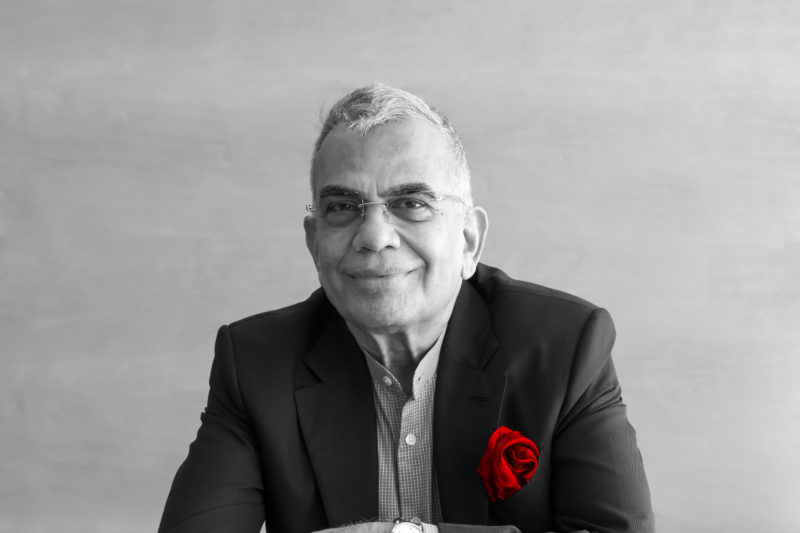 When you put passion at work, excellence becomes a habit. A gamechanger in the realty scape,
Mr. PNC Menon has constantly raised the bar with a focus on quality and transparency. Here’s a peek into the eventful journey of the man behind the brand SOBHA.

SOBHA Limited, a name synonymous with quality and admired by thousands of families across India, was founded by Mr. PNC Menon in 1995. His unflinching perfectionism has made SOBHA Limited a renowned brand in India and the Middle East.

Mr. Menon, the fourth of five children who hails from Palakkad, Kerala, had lost his father at the age of ten. A natural leader, Mr. Menon ventured out to set up a company dealing with manufacturing of wooden furniture and designing interiors.

At the age of 28, he chanced upon Sulaiman Al Adawi, who was a captain in the army of the Sultanate of Oman, at a hotel in Kochi. Adawi invited the self-taught designer and entrepreneur to Oman to join hands in setting up a business venture – an opportunity that would change the latter’s life forever. The duo started an interior decoration firm in Oman – Services & Trade Co., with financial assistance from a local bank. They travelled the length and breadth of the country in a pick-up truck, under the sweltering heat, doing interior jobs. Through strong reputation and word of mouth one contract led to another, and in just a few years, they started designing the interiors of royal palaces.

From being a budding entrepreneur who designed a photo studio to designing the Sultan of Brunei’s palace, and then creating an empire for himself, Mr. Menon’s journey has been truly eventful. Looking back on his journey, Mr. Menon often says, “One has to be exceptional to be successful.”

Over the years, Mr. Menon has received prestigious awards – the ‘Golden Peacock Lifetime Achievement Award for Business Leadership’ by the Institute of Directors in 2014, and the prestigious ‘Pravasi Bharatiya Samman Puraskar’ from the then Honourable President of India, Ms. Pratibha Patil, in 2009 are a few of them. He is also a member of the Prime Minister’s Advisory Council of Overseas Indians.

Mr. PNC Menon’s relentless pursuit for quality and true-blue business ethics make SOBHA a trusted name. By pioneering the concept of self-reliance, he continues to inspire the world.

Best Residential Areas to Buy a Flat in Thrissur

Ideal Time To Take Your Home Loan is Now!

SOBHA Windsor, A Symphony of English Architecture And Nature.

Innerve has Come a Long Way!